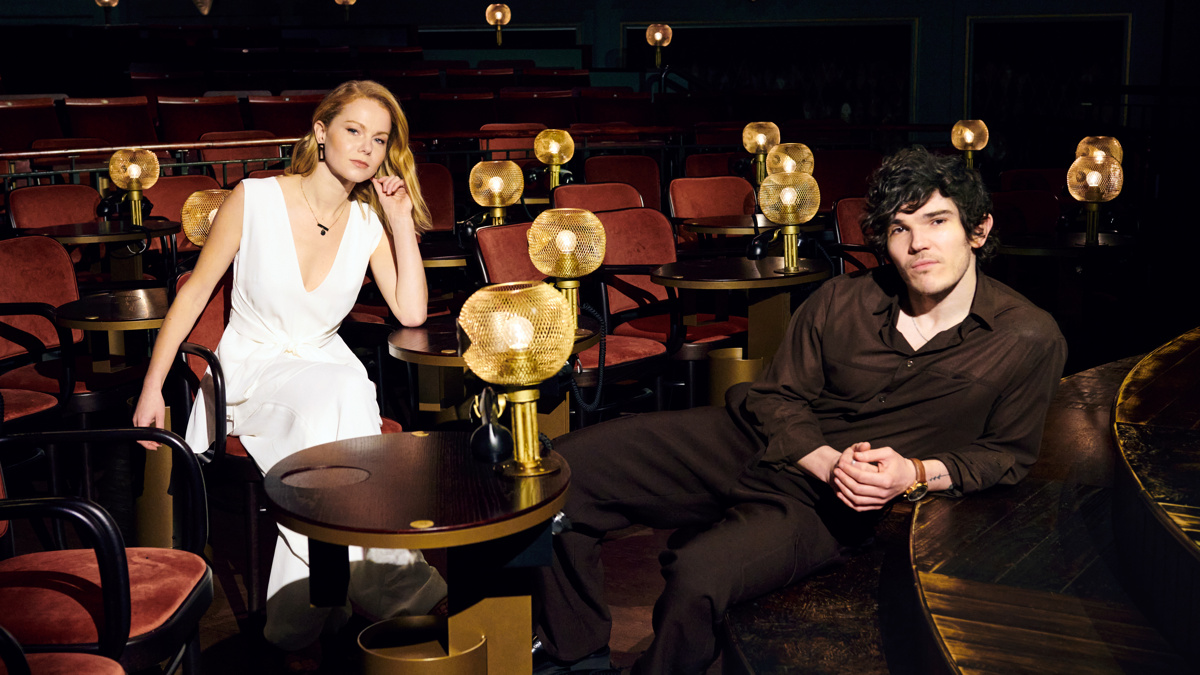 Amy Lennox and Fra Fee to Star in London’s Cabaret

Willkommen! Olivier nominee Amy Lennox will star as Sally Bowles and Broadway’s Fra Fee will play The Emcee in the West End’s Cabaret beginning on March 21 at the Playhouse Theatre. They are taking over the roles from Jessie Buckley and Eddie Redmayne. This marks the second time Lennox and Fee have played opposite each other—they previously appeared in the acclaimed Belfast production of The Last Five Years.

Lennox is an Olivier nominee for her portrayal of Lauren in Kinky Boots. Her other London stage credits inlcude Legally Blonde, 9 to 5 and Lazarus.Fee originated the role of Michael Carney in Jez Butterworth’s award-winning The Ferryman in the West End and on Broadway. His other stage credits include Translations, As You Like It and Les Misérables. Fee was most recenely seen as Kazi in the Marvel Disney+ series Hawkeye. He was set to appear in the Beauty and the Beast prequel series, which was recently put on an “indefinite hold.”

“We are thrilled to be welcoming the perfectly marvellous Fra Fee and Amy Lennox to our production of Cabaret,” said producers Adam Speers, Ed Bartlam and Charlie Wood in a statement. “We wanted to recast these career defining roles with exceptional actors and so we’re just delighted that the stars have aligned with both Fra and Amy’s schedules. We couldn’t have asked for a more exciting and thrilling duo to follow Eddie and Jessie.”

The cast is also welcoming Omar Baroud as Cliff Bradshaw and Vivien Parry as Fraulein Schneider. Continuing in their roles will be Elliot Levey as Herr Schultz, Stewart Clarke as Ernst Ludwig and Anna-Jane Casey as Fraulein Kost.

Cabaret features music by John Kander, lyrics by Fred Ebb and a book by Joe Masteroff. Based on the play by John Van Druten and stories by Christopher Isherwood, the musical takes place in Berlin as Nazis are rising to power and explores the relationships that form at the seedy Kit Kat Klub.