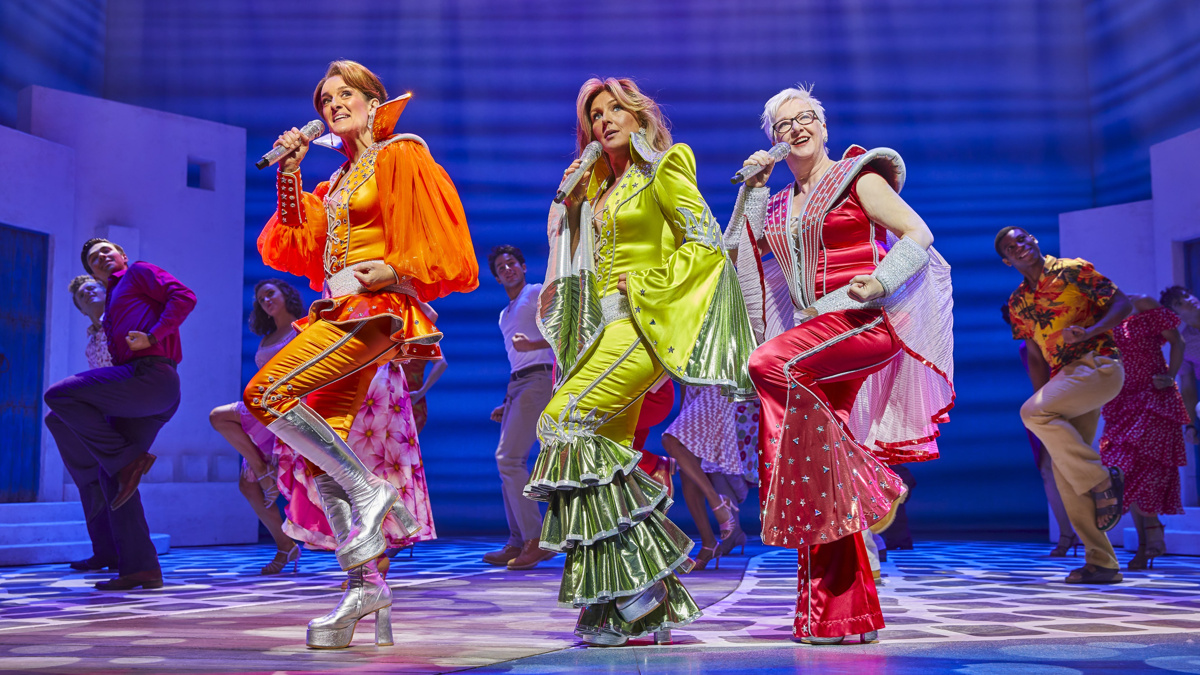 Here we go again! Mamma Mia! will resume performances at the West End’s Novello Theatre on August 25. The ABBA musical first opened in April 1999 and recently celebrated its 21st anniversary while it was shutdown due to the COVID-19 pandemic.

With music and lyrics by Benny Andersson and Björn Ulvaeus, Mamma Mia! is the sunny, funny tale of a mother, a daughter and three possible dads on a Greek island idyll, all unfolding to the magic of ABBA’s timeless pop songs. The show has now been seen live on stage by 65 million people around the world and turned into two hit movies, Mamma Mia! The Movie and Mamma Mia! Here We Go Again.

Prior the closing of theaters, the London Mamma Mia! cast featured Mazz Murray as Donna Sheridan, Lucy May Barker as Sophie Sheridan, Kirsty Hoiles as Tanya, Ricky Butt as Rosie, Neil Moors as Harry Bright, Stephen Beckett as Bill Austin and Richard Trinder as Sam Carmichael. No casting for the return has been announced.