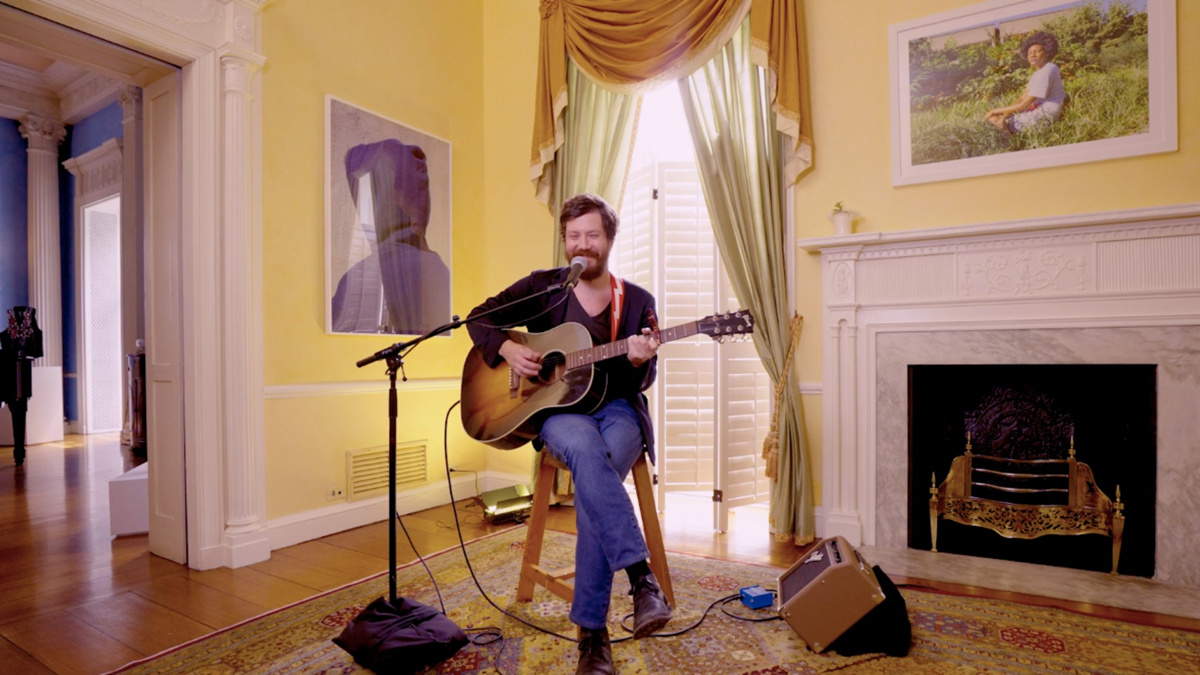 Exclusive! Watch John Gallagher Jr. Perform ‘The Once and Future Carpenter’ from Swept Away

Tony winner John Gallagher Jr., who will star alongside Stark Sands, Wayne Duvall and Adrian Blake Enscoe in the new musical Swept Away, previewed the Avett Brothers song “The Once and Future Carpenter” from the show as part of the Gracie Mansion Conservancy’s 2021 gala, Raising the Curtain: Theater Is Back! Broadway.com has an exclusive look at the acoustic performance. As previously announced, the musical, which features the songs of the Avett Brothers, will have its world premiere at Berkeley Rep as part of its 2021-2022 season. With a book by Tony winner John Logan, Swept Away is set in 1888 when a violent storm sinks a whaling ship and the four surviving souls each face a reckoning. Enjoy the performance below!