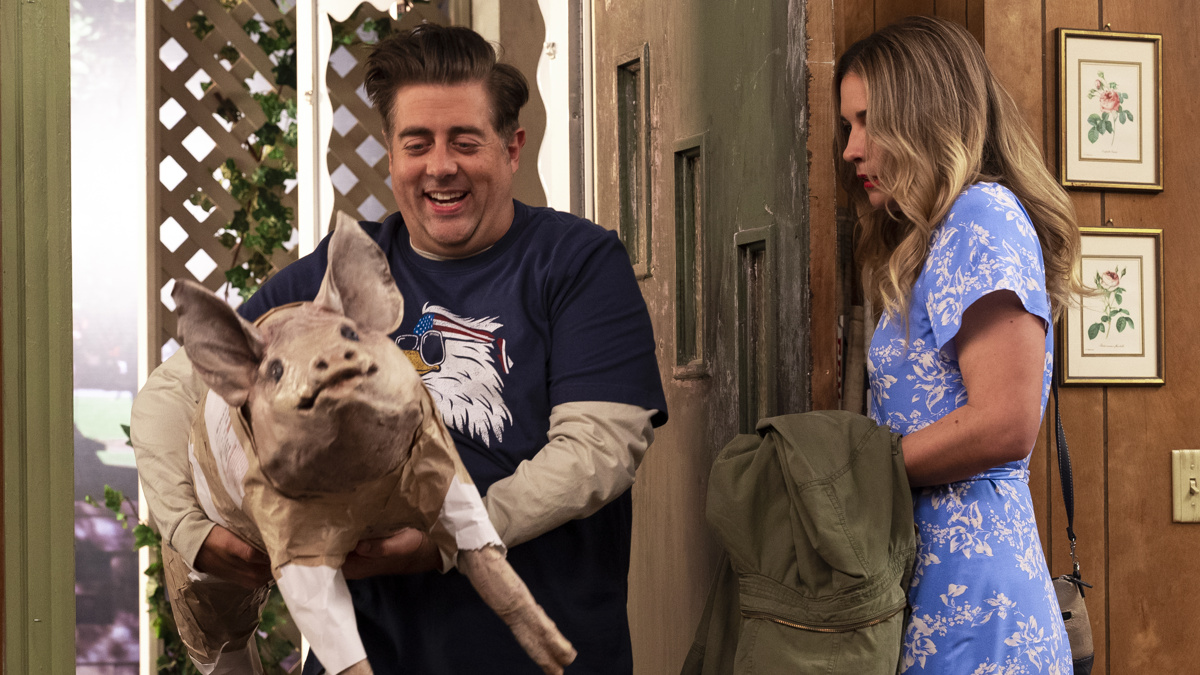 The newest episode of Broadway Profiles features an interview with Broadway alum Eric Petersen, who is starring alongside Schitt’s Creek Emmy winner Annie Murphy in AMC’s new series Kevin Can F*** Himself. “When it was pitched to me, I was like, ‘Wow, this title is captivating. It really gets your attention,'” Petersen told host Tamsen Fadal. The comedy lampoons the frequent sitcom trope of wisecracking husbands with wives who ruin the party. “I’ve done a lot of multi-cam sitcoms in my career. To be a part of a multi-cam sitcom that shakes the hell out of itself and have this whole second half of the show that happens in the single-cam that’s much more real and gritty—it’s awesome. It’s such a great idea. I think it’s really come together beautifully.”

The show stars Murphy as Allison McRoberts, who plays the role of a seemingly typical housewife—who happens to fantasize about killing her husband (Petersen) so she can start a new life. “I was bingeing Schitt’s Creek when the show happened, and so I was so excited,” Petersen said of working with Murphy. “I felt like, ‘Oh my gosh—I’m meeting Alexis!’ When you’re in the middle of a binge of a show, you feel like you know these characters deeply. But when I met her, I was so happy to see that she’s not Alexis. She is Annie Murphy. She’s such a great leader of our show. She was a dream to work with.”

Petersen was last seen on Broadway in 2018’s Escape to Margaritaville. “I love doing Broadway. It’s my first love,” he said. “I am hopefully—fingers crossed—will be doing something again very soon.” Watch the full interview below, and head here to check your local listings for Broadway Profiles. Hosted by Fadal and powered by Broadway.com, it is the only nationally syndicated weekly theater news program.