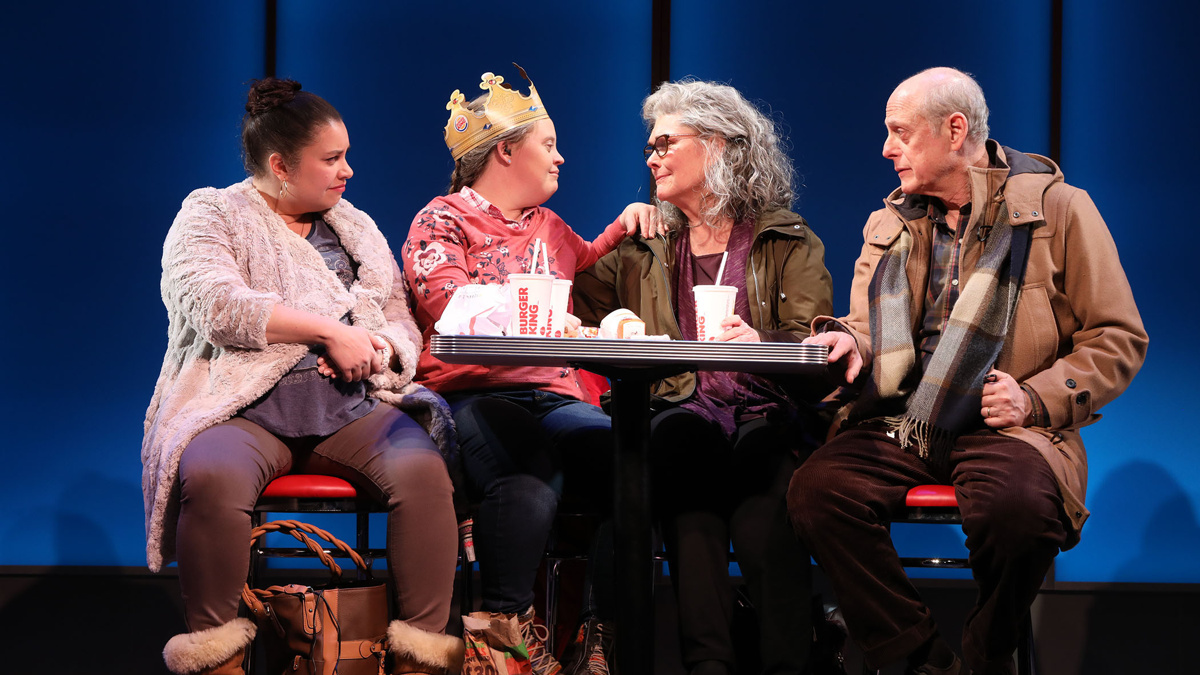 Another theatrical work is getting the Netflix film treatment. Lindsey Ferrentino is set to adapt and direct a screen version of her play Amy and the Orphans, Variety reports. This will mark her feature directorial debut.

The play follows Amy, a woman with Down syndrome who helps her family deal with their father’s death. Together, they careen down the Great American Long Island Expressway, navigating strip malls, traffic jams and some serious (and not-so-serious) family drama.

Ferrentino’s play Amy and the Orphans made its world premiere at the Laura Pels Theatre off-Broadway in February 2018. The production starred American Horror Story star Jamie Brewer, Tony winner Debra Monk and Mark Blum, who passed away in March 2020 due to complications from COVID-19.

In addition to Amy and the Orphans, Ferrentino’s plays include Ugly Lies the Bone, This Flat Earth, The Year to Come, Kokomo, Moonlight on the Bayou, Magic Man, Paradise Bar and Grill and Exile. She adapted the screenplay for Not Fade Away, an upcoming film based on the memoir by Rebecca Alexandra about being born with a rare genetic mutation, which caused her to lose her sight and hearing over time and beat the odds of her prognosis. Emily Blunt is attached to star in the movie, which is produced by her husband, actor John Krasinski, and David O. Russell with Annapurna Pictures.

Casting and a production timeline for Amy and the Orphans will be announced later.