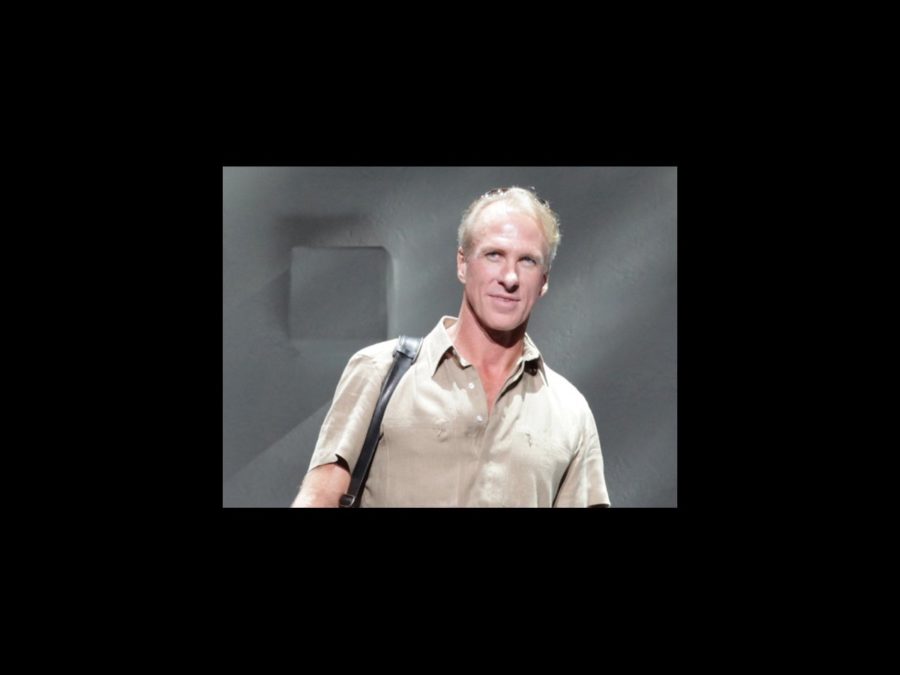 
About the Author:
Christian Whelan plays Sam Carmichael in the national tour of the hit ABBA musical Mamma Mia! As one of three possible fathers to soon-to-be-bride Sophie, Whelan turns up the charm to play an old flame ready to sweep his former lover off her feet once again. Whelan has previously been seen in the national tours of Dirty Rotten Scoundrels, Aida and Ragtime. Here, Whelan describes the uncertainties of switching shows and what it's like to learn a hit musical in just six days.

As an actor, the search for the next project is always an ongoing education and often a logistical challenge. Especially leaving a job you love for a job you'd love to do; which, in my case, was when I transitioned from Disney to ABBA.

I had been playing King Triton in the first regional production of Disney’s The Little Mermaid in Utah for most of the summer. Sprayed in gold like an Oscar statuette and skating around in “water” in a red rock canyon was an amazing job and an incredible amount of fun (except for maybe the July night of the bug infestation of Biblical proportions). The 2,000 seat outdoor venue was sold-out for its entire six-month run. Complete with special effects, projections, an 80×30 ft water curtain and a stage flood effect, we knew we were involved with an epic show that far exceeded our creative dreams. But the Triton role in a hit musical would soon give way for the Sam Carmichael role in the smash long-running Broadway tour of Mamma Mia!

I had heard through casual conversations and chatter online that the role of Sam might be opening in the national tour of Mamma Mia! After some e-mails and phone calls to my agent, we managed to land an audition in New York. Then the plans were underway of booking a plane ticket, the logistics of travel to and from New York in a 30-hour window and making a Monday night curtain back in Utah. It was like a hunting expedition with a time limit. Weighing the pros and cons of forking out funds for roundtrip transportation, a place to stay and prepping the material became the silent-actor obsession of the day. Well, OK, it was every day. But I felt determined to be part of the mix; a viable option of the decision process when creatives cast the role. "If you don't go, you'll never know," kept repeating in my head. I knew I’d regret it if I didn't walk in the room. After all the debating and making it out there, that sweet, "You booked it!" phone call came the next morning.

The Mamma Mia! rehearsal process in New York was concise, creative, and just six days. However, it was complete with all the elements of building and exploring a show from the ground up. Researching the material, discussing the objectives and motives behind beats, characters and scenes were all fleshed out and examined in rehearsal with resident director Martha Banta. Her opinion, insight and experience with the book and score presented me with a vital foundation for stepping into the tour. At the same time, I was allowed to bring my own personal sensitivities and persona to the character with new chemistry between Sam and Donna. The show remains the same, but the new relationships, situations, and comic timing is unique to this cast. Each performance is fresh and the laughter from that audience is infectious. The high that comes from the audience's love of the music is electric. I had no idea that the ABBA eight-track cassette that I owned in college was filled with intricate musicality and dynamics that would be rockin’ my world now.

See Christian Whelan and the rest of the Mamma Mia! cast at the Boston Opera House from June 19 through June 24.