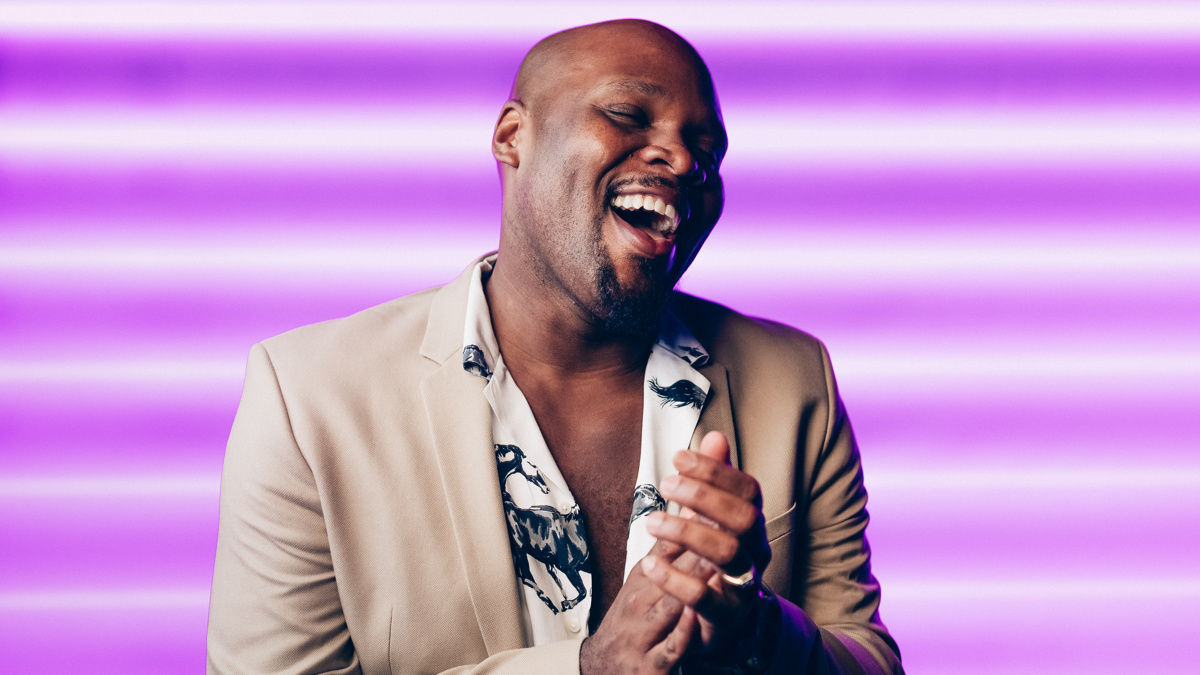 Michael James Scott on Disney’s Live at the New Am Concert: ‘It’s a Bright Light in a Dark Year’

Disney is flying back to Broadway this week with Live at the New Am, benefitting The Actors Fund. As previously announced, Disney on Broadway actors Michael James Scott (Aladdin), Ashley Brown (Mary Poppins), Kissy Simmons (The Lion King) and Josh Strickland (Tarzan) will perform fan-favorite tunes from Disney musicals for four days only on July 22-25. Here, Scott shares his excitement for the return of live theater and why this is a “dream come true.”

Scott, who has played the role of Genie in Aladdin on Broadway as well as in touring and international productions, still gets emotional listening to the Disney songs that will be performed during Live at the New Am. “It’s such a dream come true because I’m a Disney boy at heart,” he said. “I grew up with these songs. Playing the Genie has been an unbelievable life experience that I’m beyond thankful for, but now being able to get to sing the classic Disney songs really is an honor. I’m singing songs I normally wouldn’t be able to, and I really do have these ‘pinch me’ moments when the song starts.”

The concert, which will have an intermission, features a live orchestra. “People are not ready for the singing and music that is going to happen,” Scott said. “I’m really excited about the emotion that will be coming from not just the orchestra and us on stage, but from the audience and front of house and creative teams. The audience will be filled with the amazing people who have kept us going for all these years and encouraged the Broadway community during this time. That emotion is something that I’m excited to experience. It’s going to be like opening night all over again!”

“It’s going to be like opening night all over again!”

Although Aladdin and The Lion King are both set to resume Broadway performances in September, Live at the New Am marks Disney’s return to the New York stage. “I think the milestone of this moment is so important,” Scott said. “Our industry and community has been through it this year. To be able to be a part of the comeback and in the forefront of what our community does is a gift. It’s a benefit for The Actors Fund as well, which is huge. The Actors Fund means so much to us. It’s a blessing to be able to give back to them this way. The concert is a bright light for all of us in this dark year. It means a lot more now knowing where we’ve come from. We are getting it going, and we’re charging forward.”

Tickets for Live at the New Am are now on sale.