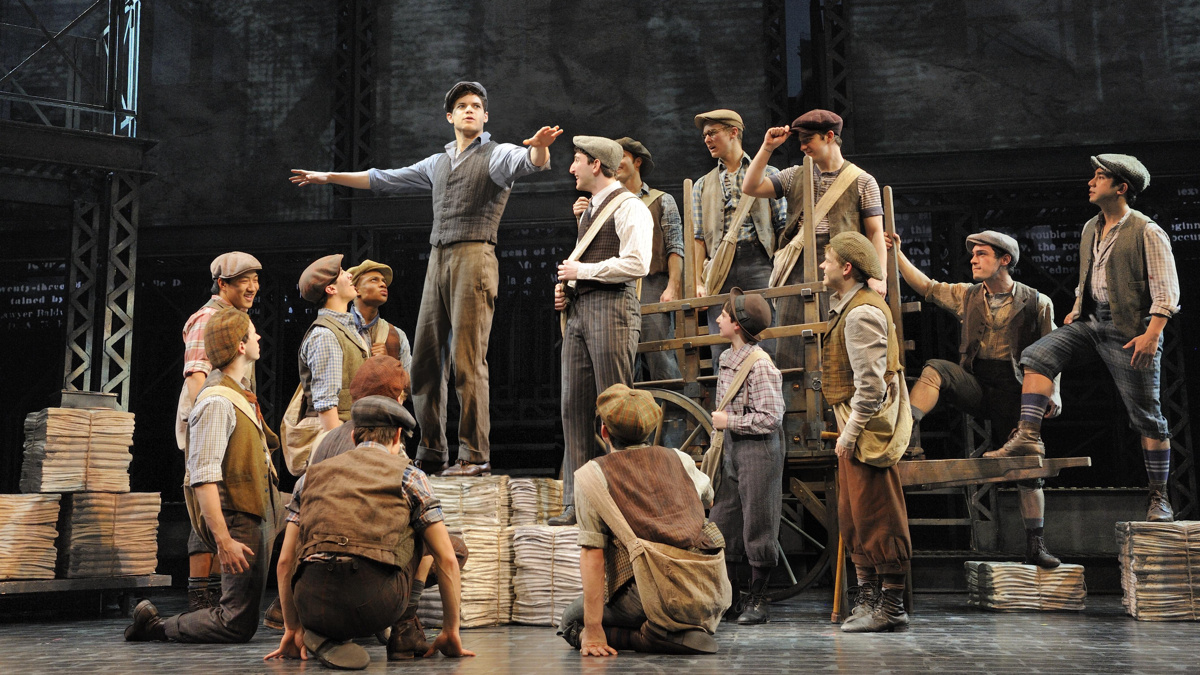 ‘New Edition’ of Newsies to Have London Debut This Year

London audiences will soon be able to sieze the day! Newsies, the fan-favorite Disney musical that ran on Broadway from 2012 through 2014, will have its London debut this year. Described as being an “all new London edition,” the musical is based on the 1992 movie of the same name. Theater, dates and casting for the London production is to be announced.

Featuring a Tony-winning score by Alan Menken and Jack Feldman and a book by Harvey Fierstein, Newsies follows Jack Kelly, a charismatic newsboy and leader of a ragged band of teenaged “newsies,” who dreams only of a better life far from the hardship of the streets. When publishing titans Joseph Pulitzer and William Randolph Hearst raise distribution prices at the newsboys’ expense, Jack finds a cause to fight for and rallies newsies from across the city to strike for what’s right.

The musical’s original production was directed by Tony nominee Jeff Calhoun and choreographed by Christopher Gattelli, who won a 2012 Tony Award for his work. The score includes such songs as “Santa Fe,” “Carrying the Banner,” “Seize the Day,” “King of New York” and “Once and for All.”