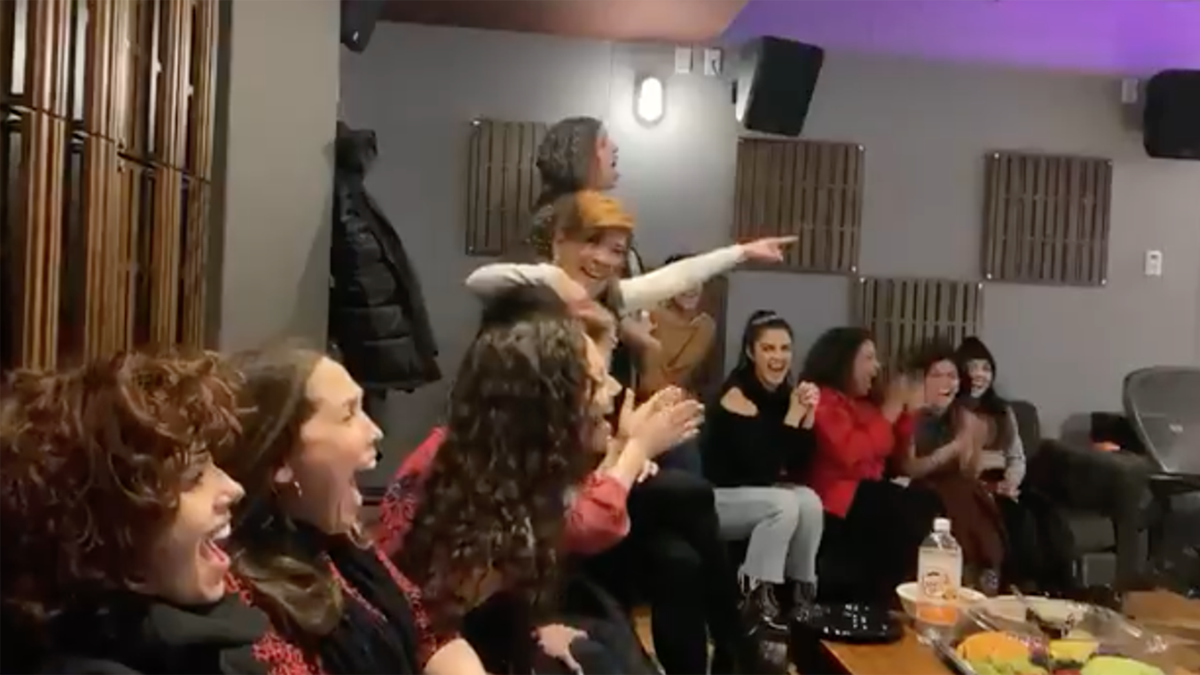 Grab the Tissues and Watch Doreen Montalvo React to in In the Heights
On June 10, the movie adaptation of In the Heights arrived in theaters and on HBO Max. While the cast is lead by Anthony Ramos, Melissa Barrera, Leslie Grace, Corey Hawkins, Daphne Rubin-Vega, Olga Merediz and Jimmy Smits, the movie also features several Broadway favorites, including the musical’s creator Lin-Manuel Miranda, original Broadway cast member Christopher Jackson, Hadestown‘s Patrick Page and Miranda’s parents Luis A. Miranda, Jr. and Luz Towns-Miranda. Another Broadway performer featured in the film is Doreen Montalvo, an original cast member of Broadway’s In the Heights who was set to appear on Broadway in the new musical Mrs. Doubtfire. In October 2020, Montalvo died after a sudden ailment, making her appearance in the movie all the more emotional. Over the weekend, Miranda shared a video, captured by musical director extraordinaire Alex Lacamoire, that shows Montalvo seeing her cameo in the song “Breathe” during an ensemble vocal session. Check out the sweet moment below.

February 10, 2020. Ensemble vocal session for #InTheHeightsMovie.
Forever grateful that Doreen Montalvo got to see her moment, cheered on & surrounded by the women who loved her so much.
Grateful to @LacketyLac for having the presence of mind to capture it.
Miss you Doreen. -LMM pic.twitter.com/SE8Z3lflH0
— Lin-Manuel Miranda (@Lin_Manuel) June 12, 2021

Jessie Mueller, Megan Hilty and Kimiko Glenn to Star in New Netflix Animated Musical Series
A slew of stage favorites will lend their voices to Netflix’s new animated musical series Centaurworld. Tony winner Jessie Mueller, Megan Hilty, Kimiko Glenn, Josh Radnor and Chris Diamantopoulos will be featured in the series that follows a war horse who is transported from her embattled world to a strange land inhabited by silly, singing centaurs of all species, shapes and sizes. Desperate to return home, she befriends a group of these magical creatures and embarks on a journey that will test her more than any battle she’s ever faced before. Centaurworld will also have guest appearances by a. trio of Tony winners: Lea Salonga, Renée Elise Goldsberry and Brian Stokes Mitchell. Get ready for the show’s July 30 premiere by watching the trailer below!

The Morning Show’s Season Two Trailer Drops
This just in! Season two of Apple TV+’s The Morning Show is set for release on September 17, and an intriguing trailer has arrived. Starring Jennifer Aniston and Reese Witherspoon as TV anchors, season one ended with a cliffhanger as the pair revealed tough truths about their program’s broadcast network home on the air. Tony winner Billy Crudup, who earned a 2020 Emmy for his performance as news exec Cory Ellison, returns for the second season, which will also include Broadway alums Holland Taylor and Bel Powely. Check out the trailer below!

Drama Desk Winner and Oscar Nominee Ned Beatty Dies at 83
Ned Beatty, an Oscar, Emmy and Golden Globe-nominated actor, died on June 13 at his home in Los Angeles. He was 83. Known for his roles on screen in Network, Deliverance, Toy Story 3, Hear My Song and Last Train Home, Beatty made his Broadway debut in The Great White Hope in 1968 and returned in 2003 to play Big Daddy in a Cat on a Hot Tin Roof revival that earned him the Drama Desk Award for Outstanding Featured Actor In A Play. He is survived his wife, Sandra Johnson, eight children and many grandchildren.

Bobby Cannavale & Naomi Watts to Lead New Ryan Murphy Series
Two-time Tony nominee Bobby Cannavale and two-time Oscar nominee Naomi Watts are teaming up. Deadline reports that they will lead The Watcher, a Netflix limited series from Ryan Murphy and Ian Brennan. The series is inspired by the famous “Watcher” house in New Jersey. A couple was forced to abandon their new home over chilling letters from “The Watcher,” who claimed to have been “watching” the house for decades. Filming is set to begin this fall.