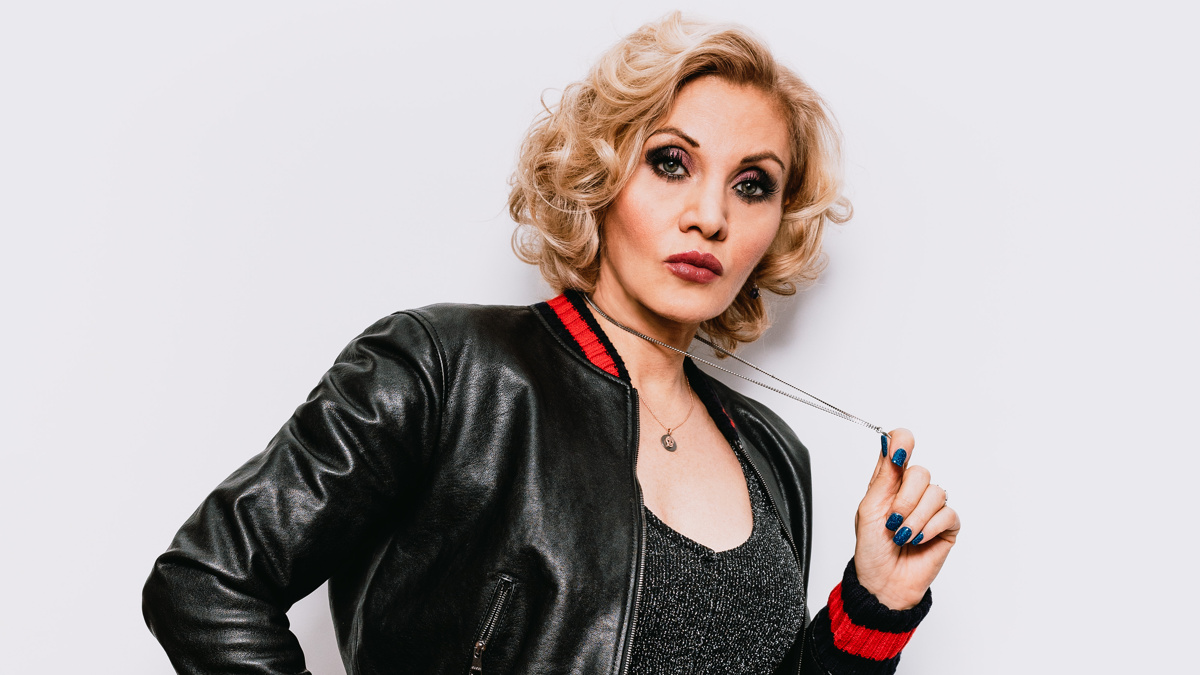 It’s been over five months into the Broadway shutdown , and Tony nominee Orfeh is spending her time leaning into her creativity and hanging out with husband Andy Karl. “[Andy and I] have seen a lot of each other and it’s been great,” Orfeh said to Paul Wontorek onBroadway.com’s #LiveatFive: Home Edition. “There were times we didn’t see each other for a very long time. I would say we didn’t see each other when he was doing Groundhog Day in London longer than we have seen each other during this particular phase in time. We’ve been writing a lot. Throughout the years we’ve always been like, ‘Someone should a story about this or someone should write a series about that.’ Finally it was like, ‘Well, why don’t we?’ It’s been a great collaboration between us. If they’re not going to hire us for it, we’re going to write it and put ourselves in it.”

It’s been almost a year since Orfeh took her final bow in Pretty Woman, where she appeared alongide Karl. In the time away from Broadway, Orfeh hopes that there is a renewed sense of fun on stage when it’s time to return. “You should always cater to the fans,” she said. “It doesn’t matter what a critic says about something, but it’s about what the public is hungry for and the public wants to see because that’s who I’m playing it for. A Tony nomination and Olivier is wonderful. It’s glorious because you get to attach that to your introduction for the rest of your life. But at the same point, you’re doing it for the people. You’re doing it for the people that are coming  and plunking that money down to see your show.”

Orfeh and Karl have appeared on Broadway together three times—in addition to Pretty Woman, they appeared together in Saturday Night Fever (where they met) and Legally Blonde. Would they ever want to take on each other’s roles? “I would love to tackle the role of Phil Connors because I don’t think a human being on this earth other than Andy could have done that role,” Orfeh said. “If I could get through Phil Connors and Groundhog Day once, I would then think really highly of myself. Andy’s too humble for his own good. If I could get through that, then I would think that I was the shiz.” As for Karl, he’s dying to say Kit De Luca’s iconic Pretty Woman line. “I would love to say Cinda-f*ckin-rella just once,” he said. “I’m an Orfeh fanboy, who isn’t? I saw her in Saturday Night Fever, and I will never get that image out of my brain. And now she sings in my living room, folks!”

Hear Orfeh talk about her favorite costumes and more in the full episode below!