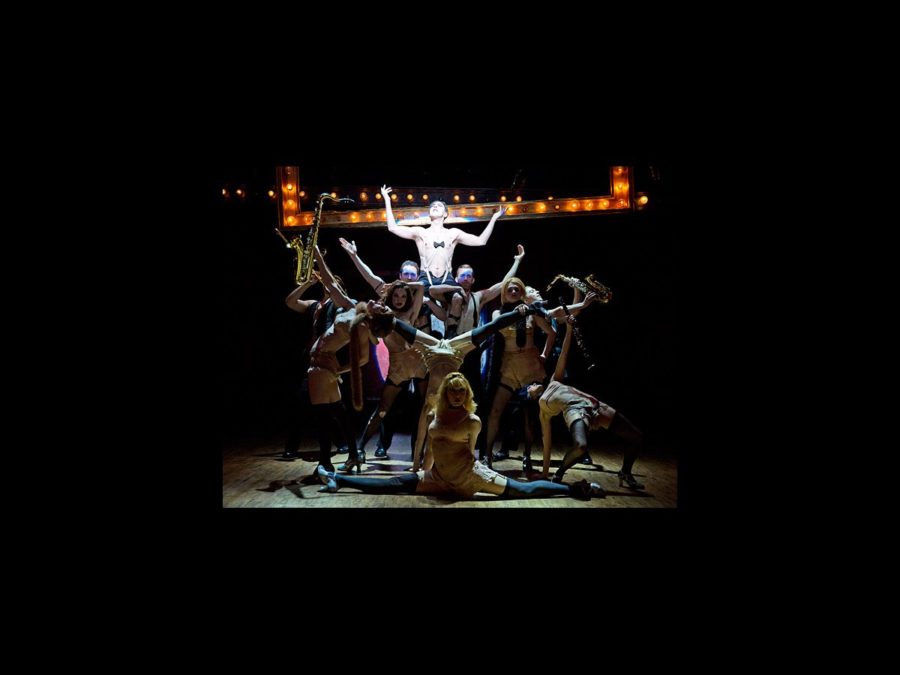 
And now presenting the Cabaret Girls and the Kit Kat Boys…across the country! The Roundabout Theatre Company’s Tony-winning production of Cabaret will kick off a national tour in Providence, RI on January 26, 2016. The tour plans to visit over 20 cities in North America. Casting and official dates will be announced shortly.

Featuring a score by John Kander and Fred Ebb and a book by Joe Masteroff, Cabaret is set in the infamous Kit Kat Klub, where the Emcee, Sally Bowles and a raucous ensemble take the stage nightly to tantalize the crowd—and to leave their troubles outside. The musical features some of the most memorable songs in theater history, including “Cabaret,” “Willkommen” and “Maybe This Time.”

Can’t wait for Cabaret to visit your city? Click below to see highlights from the Broadway production!