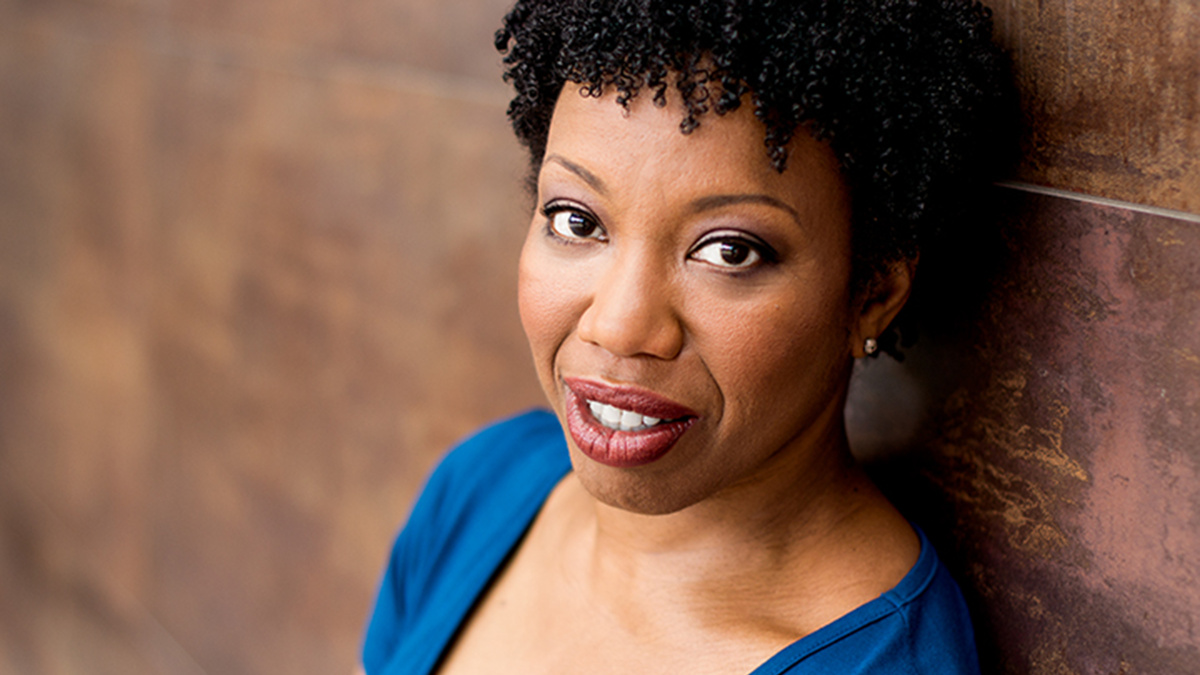 Portia is back on Broadway as Calpurnia in Aaron Sorkin’s To Kill a Mockingbird. Last seen in the 2019 revival of The Rose Tattoo, Portia chats with Broadway.com correspondent Charlie Cooper outside the Shubert Theatre about her personal connection to Harper Lee’s novel, leaning into her rebellious side and more.

As Calpurnia, Portia is taken into the world of 1930s Alabama nightly, and she is finding vulnerability there. “I think that you have to release into being triggered,” she said. “I don’t think you can tell this story and not be triggered. Otherwise, it doesn’t really work for the journey that Calpurnia needs to take. As a company, we’ve been addressing these issues from the very beginning. It’s a company that cares a lot. I feel like I couldn’t do this with any other group of people. We’ve become a family.”

Growing up, Portia wasn’t exposed to the classic novel in the usual school setting, which is exactly why she wanted to be part of the stage adaptation. “I was not allowed to read [To Kill a Mockingbird] because my grandfather’s brother actually went missing after being accused of ‘messing with’ a white woman down in Alabama,” Portia said. “This was before I was born and it literally changed him. I feel like this story is relevant. Putting it on a stage and letting it be a hard story to tell and not knowing where it wants to land is important.”

Portia’s rebellious side is what initially piqued her interest about joining the cast led by Jeff Daniels and Tony winner Celia Keenan-Bolger. “Being a little bit of a rebellious person, it’s like, ‘Oh, I wasn’t allowed to do this. Maybe now?'” she said. “I think every obstacle is an opportunity. We have been dealing with this as a society for so long, and finally to be able to give voice to those who have not had a voice, enticed me.”

Watch the interview below, and head here to check your local listings for The Broadway Show. Hosted by Emmy-winning anchor Tamsen Fadal, it is the only nationally syndicated weekly theater news program.