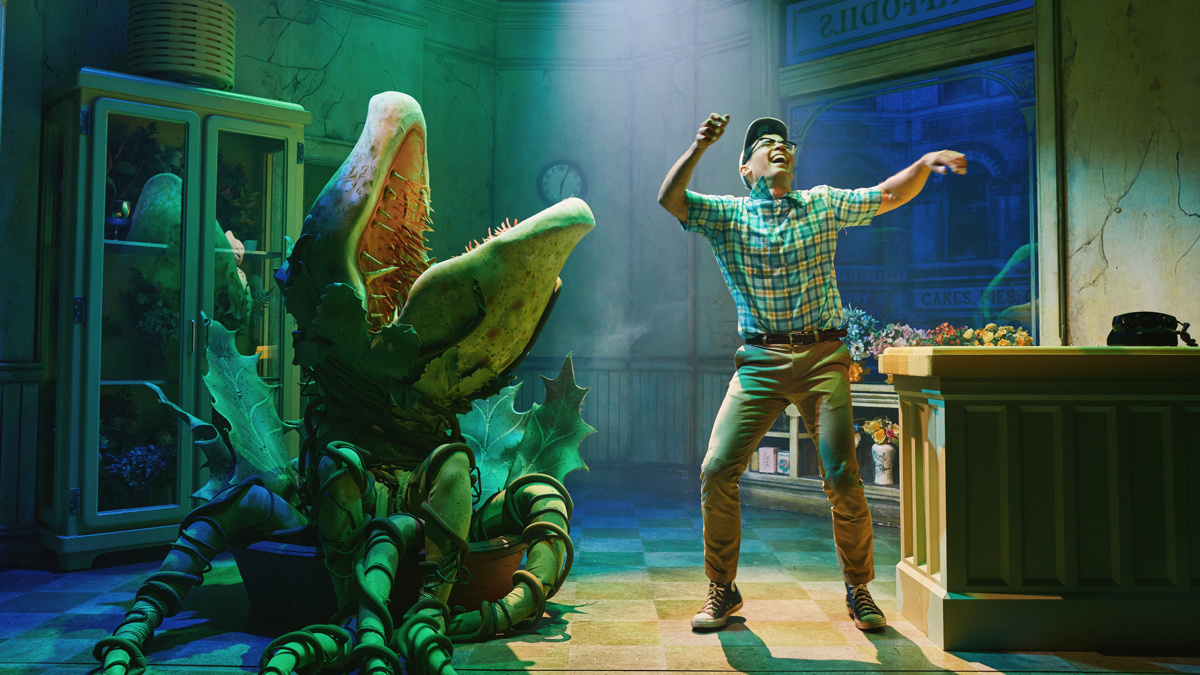 Conrad Ricamora is officially on Skid Row. The How to Get Away with Murder star and two-time Grammy nominee joined off-Broadway’s Little Shop of Horrors as Seymour on January 11, and now you can see him in action with these new production photos. Check out Ricamora along with Tammy Blanchard as Audrey, Christian Borle as Orin Scrivello D.D.S., Tom Alan Robbins as Mr. Mushnik, Aaron Arnell Harrington as the voice of Audrey II, Salome Smith as Ronnette, Joy Woods as Chiffon and Aveena Sawyer as Crystal. This production of Little Shop of Horrors won the 2020 Outer Critics Circle Award for Best Revival of a Musical and earned both Lucille Lortel and Antonyo Award nominations for Outstanding Revival. Look through the photos below, and be sure to head to off-Broadway’s Westside Theatre Upstairs to experience it for yourself.